Beetlejuice Megaways is based on the 1988 American fantasy comedy film. This wacky slot is by Barcrest and features Big Time Gamings popular mechanic – Megaways.

Are you new to Megaways slots, then we have got you covered. Read everything you need to know about them here. Beetlejuice Megaways is rather unusual with 5 reels as it differed from the more common 6 reel setup. The foundation of the gameplay is a reel expansion mechanic that unlocks additional pay lines. By default, you will notice that the top half of the reels are covered and inactive. However, if a win occurs, the cover is removed, and the entire grid can be used. What’s more, Winning combinations trigger the cascade feature. This means that winning symbols are removed to let new ones drop into the spaces, resulting in multiple wins from one spin.

The paytable reveals a mix of 10-A royals and 5 character symbols you will undoubtedly recognise from the movie. These include Lydia, a shrunken head, Miss Argentina, a snake, and the most valuable symbol Beetlejuice himself.

We should mention that Beetlejuice is the only symbol in the game that you need 2 of a kind for a winning combination. For the rest, you need at least 3 to trigger a payout. Additionally, the wild substitutes all of the regular paying symbols.

Once again, the mystery feature is a common one for Megaways slots. Mystery ghost symbols can land anywhere on the reels during both the base game and free spins. When this happens, all ghosts transform into matching symbols which can be anything except for the wild or scatter symbol. However, a point often overlooked is the ghost symbol doesn’t always reveal a winning combination.

It’s showtime! Look out for the Betelgeuse scatter symbol, as this is what triggers the bonus game. If you land 3,4 or 5 scatter symbols, this will award you 8,12 or 16 free spins, respectively. Not only that, you will begin the game with a 1x multiplier. Each winning combination or cascade will see the Unlimited Win Multiplier feature apply. The multiplier increases by 1 for each win. There’s no limit to how high the multiplier can go either. This is where the big wins can potentially come from if you land a significant multiplier value. Meanwhile, you can retrigger the free spins at any time by landing 3,4 or 5 scatters. This time the feature will add 4, 6 or 8 more free spins to your total amount with no limits on the end total of free spins allowed.

Founded in 1968, Barcrest established itself as a leading name in content for the arcade and bingo sector. Formed as a designer and manufacturer of analogue fruit machines for the UK leisure gaming sector, who became a leading force in the UK amusement sector and expanded across Europe. Scientific Gaming (SG) acquired Barcrest in 2011.

Beetlejuice is a cult favourite and is an excellent addition to the Megaways family. If you love the movie, we have no doubt you will thoroughly enjoy this slot game. It’s pretty standard for a Megaways game as we have seen unlimited multipliers and mystery symbols before. However, if you’re looking for a crazy haunted game to play this Halloween, why not give Beetlejuice Megaways a shot. Here at Luck of the Spin, we rate this game 4/5. 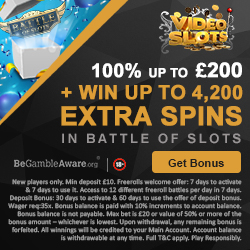